Five Places to See Impressionist Art in the Paris Area

The Impressionists weren’t always popular. With their tendency to paint quickly and en plein air (outside) in order to capture the changing light, they shocked and appalled the Paris art scene in the mid-1800s. Nowadays though, we’ve learned to appreciate the visible brushstrokes and vivid sense of movement which characterize Impressionist painting.

Whether you’re a lover of Impressionism already or still need converting, there’s no better place than Paris to moon over Monet or soak up some Cezanne. Here are our suggestions for the best places to see Impressionist art in the Paris region.

Housed in a Beaux-Arts train station opened in 1900, the Musée d’Orsay is worth visiting if only for the building itself. It houses the largest collection of Impressionist art in the world, with all the big names represented. The museum also hosts a large collection of Post-Impressionist works, from artists such as Van Gogh, so you can trace the evolution of art over the 19th Century. For such an important and impressive museum, the Musée d’Orsay is also remarkably manageable (especially when compared to the colossal Louvre, which sits just across the river). Natural light, open space, and tasteful cafés help to ensure “museum legs” have no place in this temple to Impressionism. 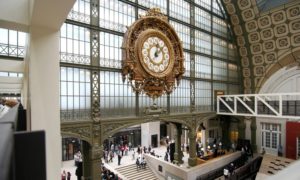 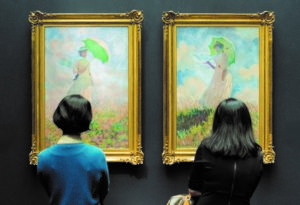 The Orangerie Museum contains works from many of the big names in Impressionism: Sisley, Matisse, and more. However, it’s most famous for one particular set of paintings. Claude Monet agreed to donate his Water Lilies series to the French government in 1922, as a testament to peace following the end of the First World War. The eight canvases, each almost two meters high, are hung in two oval-shaped rooms which were redesigned for the purpose under the direction of Monet himself – so when you view the Water Lilies, you’re seeing them exactly as the artist intended. 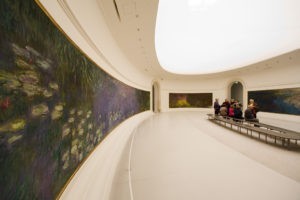 As one of the key players of the Impressionism movement, Claude Monet is well-represented on this list. But for the world’s largest collection of his work, head straight for the Musée Marmottan Monet. Originally housing Napoleonic art and furniture, the museum received a series of large donations (including from Michel Monet’s the artist’s son), which made it what it is today. A lesser-known painting by Monet, Impression, Sunrise, which is thought to have given its name to the Impressionism movement as a whole, forms part of the collection, as do a smattering of pieces by the usual suspects: Manet, Degas, Sisley, and the like. Most notably, the museum also boasts the world’s biggest collection of paintings by Berthe Morisot, Grande Dame of the Impressionist movement.

Often overlooked by tourists simply because they don’t know its there, this under-appreciated gem features works from antiquity through to the early 20th century. There’s a wide range to choose from here, but if it’s Impressionism you’re looking for, you’ll find works by Cezanne, Courbet, and of course, our friend Claude Monet, among others. Along with its neighbor, the Grand Palais, the Petit Palais was built for the World Fair of 1900 and is a great example of the Beaux-Arts style. The best part? Since it is a public museum, the permanent collection of the Petit Palais is completely free to visit.

Though not in Paris, the nearby commune of Giverny is one of the most popular day trips from Paris. It’s a must-do pilgrimage for fans of Impressionism for one simple reason: it was the home of Claude Monet. From 1883 until his death in 1926, Monet worked tirelessly to transform the gardens surrounding his house into a living work of art. He even went so far as to have the nearby River Epte partially diverted to create his water-garden, now immortalized on the walls of museums in the famous Water Lilies series. Not only will you be able to see the very space where the artist worked and lived, a walk through the gardens in Springtime is like stepping straight into one of his paintings. 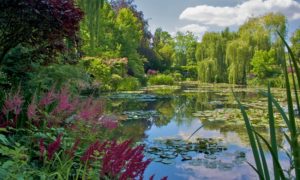 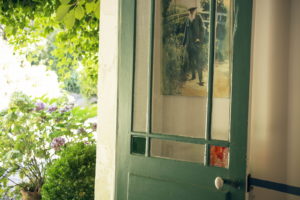 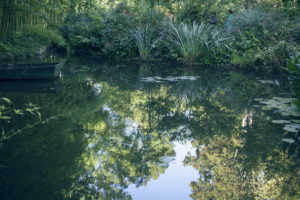 Born out of a frustration with the elitist art world, and once much derided, the Impressionist movement has a well-deserved following around the world today. What better place to see examples of this much-beloved movement than in the place where it was born?

Paris Toujours is an experienced Paris trip planner and can help create a custom itinerary to suit you. Get in touch today to start planning your trip!

Previous post « Our Quick Guide to Your Girls Trip to Paris
Next post Drinking Wine in Paris: the Ultimate Guide »

Meeting Voltaire in his #garden at the corner of t

Fancy a drink on a Parisian terrace ? 🍸 #summer

Summertime stroll in the Latin Quarter 🌻 One of

Today we are so happy about the #reopening of Le L